This weekend we got to hang out with Cuppy and Moofs visiting from Seattle! There’s me and Cuppy at Dolores Park. We did not actually hang out in the park, but just took a picture there to be like the cool kids. This was after we ate brunch at Bar Tartine where I had a savory bread pudding for the first time!!! What sold me on getting it is when Moofs said it would probably be like a giant cube of STUFFING. After brunch, we visited Tartine the bakery, 826 Valencia (the pirate store), and Paxton Gate. At Paxton Gate, we saw some pitcher plants, and I wondered if anybody had experience owning a pitcher plant? We have a very shady patio, and the flies/gnats REALLY LOVE it, so I was wondering it hanging a pitcher plant out there would help at all! Wishful thinking?

Later that night, Hairy and went to the launch party/reading for my friend and former cor-worker Jandy Nelson’s new young adult novel, The Sky Is Everywhere. 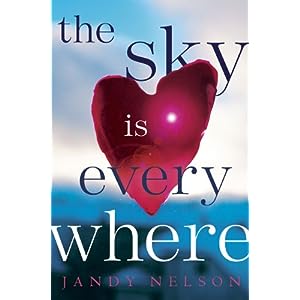 After working with her as literary agents for 10 years, supporting the work of other writers, it’s so amazing to see her so successful with her own novel!! It has been getting great reviews, and I am SO pumped to read it! I stood in line to get my book signed like a fangirl.

On Sunday, we met up with Cuppy and Moofs again and had tea and snackies at Secret Garden Tea House. I’ve never had high tea or afternoon tea before, and I loved being surrounded by old ladies and tiny foods!!!

I had the coconut cream tea which smelled REALLY YUMMY and coconutty.

I also made a quick lil video:

Secret Garden with Cuppy, Moofs, and Hairy from Twinkie Chan on Vimeo.

For some reason, I was super tired that day and ended up “napping” from like 9pm to 2am!! Then I felt super guilty and went straight to work on Yummy You business (coffee cup cozy samples!!! let me tell you , the hamburger coffee cup cozy is SO CUTE). I didn’t get to bed until after 6am and I was really nervous I was going to miss the go ahead for an 11am conference call. I kept waking up over and over, and as it turned out, I never got the heads-up for a  call, PLUS, I WOKE UP WHEN I WAS SUPPOSED TO BE MEETING CUPPY AND MOOFS IN JAPANTOWN!! AHHHHHHH. I felt SooooOOOOooo bad!!!! I was excited to have purikura fun!! Blehhhhhhh.

Today I just threw on the shirt I made at Spreadshirt. It used to be my tagline on and old online profile, and someone on Twitter mentioned that she always thought of me and this quote. HAHAH. I had to make it a shirt! The best part of this photo is the look on Bibi’s face. Bibi does not approve of guns nor herpes.

23 Replies to “Coconut Cream Tea at the Secret Garden”