Hairy and I first flew into London/Heathrow, then immediately took the train to Victoria Station, and we spent one night in London before taking the train into Gatwick to fly to Dublin in the morning. That night we had a Sunday roast and then went to bed.

At Gatwick, our plane was majorly delayed! We finally got into Dublin, checked into our hotel, and started to walk around the city.

This is when we bumped into Roisin, pictured above!! A cute little fairy of a girl, she approached us and called out, “Twinkie Chan?! What are you doing in my city!?”

As it turned out, she had written a paper about me in college! She was super duper nice, suggested cool places/neighborhoods to check out, and also gave us a mini tour while getting us copies of the local magazine/paper she wrote for. I’m so happy we randomly bumped into her, as it gave us more of an idea of where to go! That night, Hairy and I had dinner at a random but cute place that Hairy had scoped out. Very yummy things were eaten, like goat cheese beignets! When I styled and dried my hair, my fingers had become super pink, and I was like, “Hairy!! Take a pic!!” I don’t know if you can really tell in the photo, though. Reminds me of this dude: 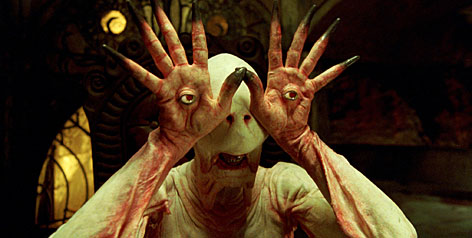 For some reason I thought it was funny to take a picture of our garbage can. I was like, “So Asian!! Red pocket money, a banana peel, and fingernails!” Here’s a photo of a restaurant named after Hairy: We unfortunately did not eat there…..

Finally, a short and terrible video clip of our hotel bathroom. My cousin booked the Westin for us, and the bathroom was the nicest part of the room. He wanted to sleep in there!

Next entry: The Leprechaun Museum!! Where I tried to jump onto a giant chair and gave myself a big bruise that I still have!